But Mom, It's to cold to go outside

Indoor games are for those bitterly cold winter days when the kids can’t go out and mom still has to get her housework done!  You need some fun indoor activities to keep them busy.

No matter if it is just your one or two children, or if they have their friends over also, here are some ideas of some indoor games that will keep them all occupied.

We also have Free to Print, coloring pages, word puzzles and mazes. There are also some practice math sheet problems for printing. They are PDF's to just print as needed. Quieter kinds of indoor games.

Indoor Games, Ideas for all Ages

Scrambled Word Game; Keeping the ages of the kids in mind, make a list of words that they would all be familiar with. Make it a list of approximately fifteen words. As you list them, scramble the letters, mix them up good. You could make half relatively easy and the remainder a little more difficult. Try and keep them all in the same category. They should be able to complete easily in about 15 minutes. Try this Scrambled Disney Names, Game

Alphabet Word Game
Build their vocabulary with this game. Depending on the age of the players, select a category. The first player starts with a word with in the category that starts with the letter A. The next player says a word that begins with the letter B, and so on until you make it through the alphabet.

Simon Says
This game is a favorite, where you do not need anything except a voice. If Simon says something, they have to do it. If a command is given without a “Simon Says”, they are not supposed to do it. The birthday person can be Simon in this fun game. It is a quick game that can fill up any small time slot where you need to keep the kids busy.

Jumbled Words
This is a good game that fits all age groups. This game will require some work before the guests arrive. According to the ages, prepare a list of jumbled words. You can either have them all fit a specific category or totally random. Hand out the list to each person and set a time limit to arrive at a winner.

Cartoon Character
Prior to the party, put the name of a cartoon character on a sheet of paper, enough for each child in attendance. You can pin one of the names on the back of each child, be sure to tell all of them that they are not supposed to tell each other what their name is. Than to play the game, each child will try to learn their identity by asking questions of the other children. With each question asked, they will get closer to guessing who they are. Go until all children have had a chance to play.

Musical Chairs
This indoor game is a favorite with many age groups, even children. The only items you need are chairs, lined up in a row, back to back. You will need one chair less than the number of kids playing. When the music starts the children walk around the chairs in a circle.

As soon as the music stops, each person sits on the chair that they are next to, the child that doesn’t have a chair is out of that round. Remove one chair and start your next round with the remaining players. This continues until you are down to two players and one chair, with one of them eventually being the winner.

Charades is a fun game for adults at parties, imagine how children do at it. The key is that they cannot speak, which will be difficult for kids. If you focus on a specific theme it will at least keep their thoughts in the right direction. Have a list of cards made up with the characters that you would like the kids to act out. It is fun to watch how creative children can be.

Cotton Ball Relay Race
Form two teams and give each team some cotton balls, and a spatula. The object of the game is for each player to pick up a cotton ball with the spatula and proceed to a designated point and return to their team, while keeping the cotton ball on the spatula, with their other hand behind their back. If the cotton ball falls off during their turn, they need to start over. The first team to complete all of their players turns successfully, wins. For younger children, maybe a large serving spoon would work better than a spatula.

Fishing
Place a piece of paper with a number on it inside of some balloons. Inflate them to about 4 inches diameter. Gather all of the kids together in a circle and put all of the balloons in the middle. Make a makeshift fishing pole with a double-stick ball of tape on the end of the line. Have the kids take turns fishing for the inflated balloons that are in the middle. The numbers on the papers in the balloons could correspond to prizes.

Fill a container with pictures of different animals. The first person to be “it”, will take a picture out of the container and then imitate the actions or sounds of that animal until someone guesses what you are. The one who guessed correctly is “it” next.

Orange Bowling
Oranges or Grapefruit, either will work as a bowling ball. You will also need ten empty towel rolls, or empty plastic pop bottles. Anything that will stand up and still be able to tip over when hit. Set the ten ‘pins’ up in the same way they are set in a bowling alley. Each player gets to bowl just like in real bowling, a second ball if the first isn’t a strike. You can make the game as many frames as you like, just add up the score to find the winner.

You will need to buy some grid paper or you can print this pre-made Battleship Grid. It has 100 squares, with 1 through 10 across the top rows of squares and A through J running vertically, so that you have A1 your first top left square. Each player will mark off their ships on their grid like this: battleships are 5 squares, cruisers are 3 squares, and two 2 square destroyers. These can be marked off either vertically or horizontally. Be sure that your opponent doesn’t see your grid. The play consists of each player calling out five torpedo shots at a time. Such as F7, J2, B5, D9. Your opponent has to mark those shots on his grid and report any hits, on which ships, without saying which squares they were, like one hit to the cruiser. A ship will sink only when all the squares are hit. The winner is the one who can sink all four of the opponent’s ships first.

Matching Pairs is one of the fun indoor games that you can play with an ordinary deck of cards. Mix them up and lay them out in several rows face down. When someone makes a match they keep those cards and take another turn. As the game works down to fewer and fewer cards, the matches will happen more frequently.

A favorite anytime is pinning the

You can fill the blanks in with whatever goes with the theme of the party such as, the red nose on the clown, the trunk on the elephant, the Tiara on the princess, or whatever you come up with.

Also safer to use Velcro instead of pins. 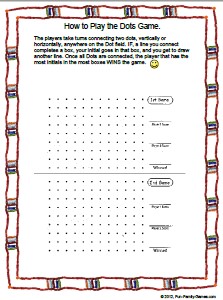 Dots to Boxes
This indoor game starts out slow but gains momentum as the page fills up. You will need a page of grid paper. You can make one on the computer real easy, but print out extras. You each take turns connecting a dot to dot each round, horizontal or vertical. The object is to complete a line that will be the fourth line to a box. All boxes that you close up with the fourth line will get you initial in it. The most initials when all the lines are closed up, is the winner. Print this Dots Game Sheet  One of the indoor games that takes strategy.

Silence is Golden; When it becomes necessary for a few minutes of quiet time at the party, this game is it. Arrange the kids in a circle, all setting on a chair, so that they can all see each other. Set the time limit for the amount of “quite time” you want, and then the kids have to see who can set there without talking, giggling, laughing or leaving their chair. It’s not that easy for them, but it’s quiet momentarily for you. Indoor games have never been quieter.

You will need one large size cardboard box. On the largest side cut three or four holes, or five depending on the size of the box. You might want to tape or staple a plastic bag under each hole. Then decide on a point to throw from and let the games begin. What the kids are throwing are their socks that they have balled up together and secured with a rubber band or “duct Tape”. The holes that you have cut on the top of the box to throw into, should be numbered, the smaller the hole, the bigger the point.

Marble Race......need marbles and plastic spoons.
Form two teams and get them into two lines. The object of this game is to pass a marble from one player to the next player, without dropping it, and without the use of your hands. You must pass the marble from plastic spoon to plastic spoon, from player one to the last player.

Hangman
All you will need for this game is a piece of paper and a pencil. No rope required. Draw the gallows and place below it a lined space for each letter in the word you are thinking of, _ _ _ _ _ _ _. The other player has to start guessing letters one at a time to try and figure out the word.

With each letter guessed, you would either put it in a space if it is part of the word, or if not, draw a part of the body that will hang from the gallows. There are six misses allowed before the person is hanged. The seven parts to be drawn in are, head, neck, body, arm, arm, leg, leg. 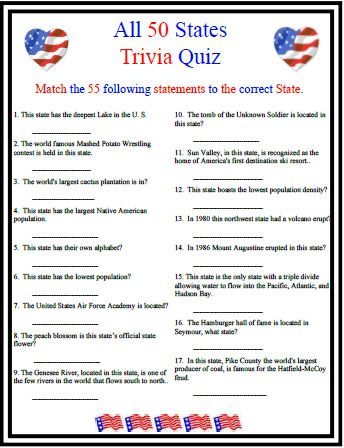 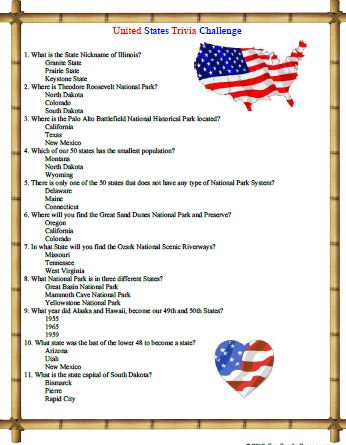 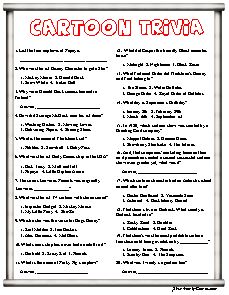