Dad’s Poker Night with the Guys

Dad’s poker night with the boys is also a fun family game! Dad needs a weekly break from the stress of his grueling job. He needs to let his hair down and whoop and holler with the excitement and challenge that only a poker with his buddies, can bring. A fun night of poker with the friends is a good break. Friendly is the key word here, nickel-dime-quarter, two raise limit, keeps it friendly.

Although Texas Hold’em is by far the most popular poker game today, it usually isn’t played much in an evening of poker with the boys.

And, throughout the course of the evening you get a version of all these games called with deuces wild, or just one-eyed Jacks wild. In most games of poker, the joker is not used, but once you start playing all of the split pot games and games with wild cards, its good to have the joker back in there. Jokers are fun in any low stakes friendly game!

A couple of great split pot games for a poker night are, seven card stud high-low split, and a wild game called 2 - 22. Another fun version of 2 - 22 is 5 ½ - 21 ½. These games are pot builders. The first one, seven card stud is easy to figure out, the high hand splits with the low hand and as the games progresses you can see your opponents hand as it builds or changes with each card dealt. With five or six players and the odds with each card changing, the pot usually gets to a good size. The added possibility of a low straight winning both high and low hands adds to the challenge, and pot.

The biggest pots we have ever had though come from 2-22 or 5 ½ - 21 ½. All players are dealt two cards, one down and one face up. Your up card is an indication that you are high or low, or maybe you want to bluff.

All of the cards are point value, ace is one or eleven, and all the face cards are ½ point! So if you are dealt a five face up, you can own that low pot and bet like crazy. Even if you have a nine face down, that five showing will scare most players to draw more cards or fold their hand.

When you are playing poker though, sometimes all the players don’t fully understand the ranking order of the hands, yes, even on a guys poker night,

1. The Royal Straight flush is the best you can get; an example of a royal straight flush is an ace, king, queen, jack, and a ten all the same suit. Most people will never see one of these while playing. They are rare.

2. Straight flush is next; this poker hand is still also very rare to see in a game of poker. This is a five card run in order such as, five, six, seven, eight and nine all in the same suit.

4. Full house, which is three of a kind along with a pair.

5. Flush is next, five cards all the same suit.

6. Straight is a five card sequence in order, different suits.

10. High card wins is the best non-pair hand with the highest card.

Poker Night and
A Trivia Quiz 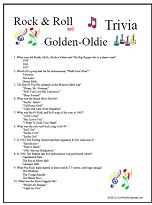 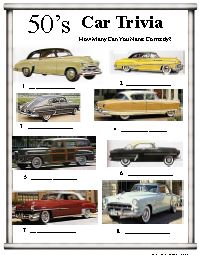